“Ghost Gun” is the latest buzz-phrase touted by America’s ‘gun control’ advocates and the politicians who front for them, but what does it actually mean? 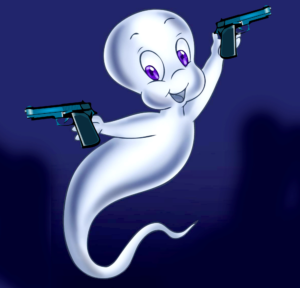 In 1934, five years prior to the birth of Casper the Friendly Ghost, Canada implemented registration of handguns using a system called the Restricted Weapons Registration System (RWRS).

The RWRS was a paper-based registry that, over the decades, became so riddled with errors that a 2001 government estimate stated 52% of all registered firearms in the RWRS did not actually exist.

They are ‘ghost guns’ – firearms for which there is a registration certificate tied to a specific firearms owner – but that individual may no longer possess the firearm because it was legally transferred to a new owner or was exported to another country.

Or it could mean that multiple records exist for the same gun – there could be literally dozens of ‘ghost gun’ registration records for a single handgun.

This is prohibitively expensive and a horrendous waste of already scarce police resources so this was almost never done.

To cover up for their ‘ghost gun’ fiasco and attempt to get an accurate record of how many Restricted handguns actually exist in Canada, Chrétien’s Liberals passed Bill C-68 – now known as the Firearms Act – which demanded every firearm previously registered in the failed RWRS system must be re-registered in their shiny new digital firearms registration system.

This table from the Canadian Firearms Centre shows the result of the removal of these ‘ghost guns’ from the Liberals’ shiny new firearms registry.[i] 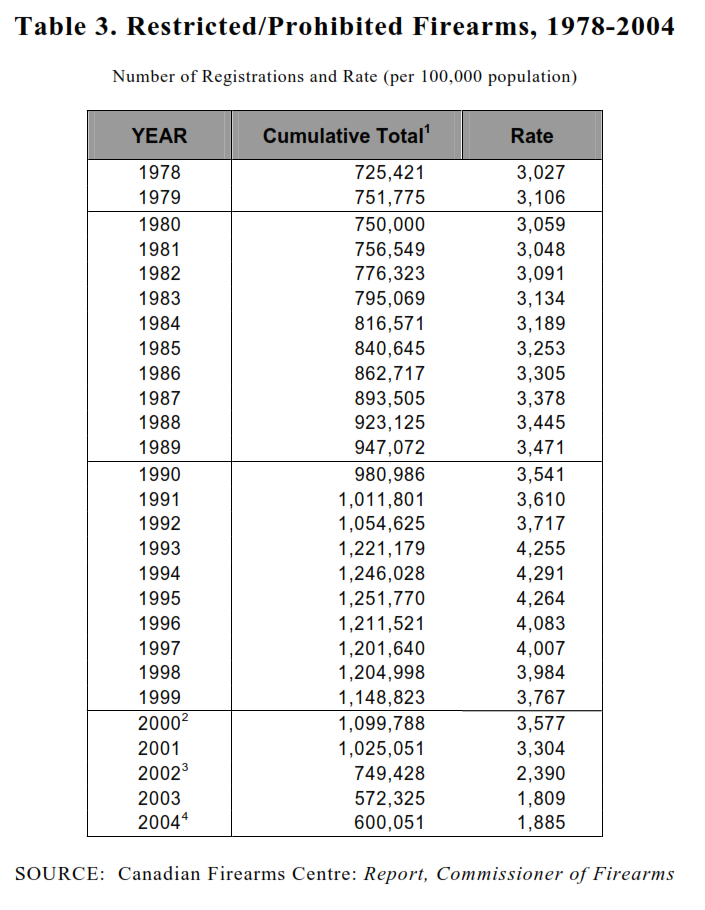 Note the massive drop in Restricted/Prohibited firearms in 2002 and 2003. Once the RWRS system was mothballed, they stopped counting all those non-existent firearms.

Adding to the troubles of the ‘new’ gun registry, the Liberal government of the day was so obsessed with processing registration requests they registered hair dryers, soldering guns and a host of other household appliances and tools as Restricted firearms – complete with registration certificates.

And so the ‘ghost gun’ registration issue continues to this day.

The most recent definition of ‘ghost gun’ is a firearm that is manufactured from a receiver blank or 80% receiver (where the blank still requires 20% of the machining necessary to make it functional).

In June 2017, the RCMP issued a notice that all 80% receiver blanks were now classified as either a Restricted or Prohibited firearm.[ii]

Receiver blanks are firearms as defined in Section 2 of the Criminal Code for the following reasons:

It’s important to note this finishing work requires specialized equipment and training in order to turn one of these 80% receiver blanks into a functional firearm so these ‘ghost guns’ are rare in Canada.

Additionally, Section 99 of the Criminal Code says it is illegal to manufacture a firearm without the appropriate permit from the government.[iii]

The 80% receiver blank issue is relevant to the American firearms debate due to the Second Amendment protections the U.S. Constitution affords its citizens, and this is where you’ll often see the ‘ghost gun’ debate raised.

Should you see idiotic Canadian politicians using this new buzz-phrase say, in the much-anticipated upcoming election, for example, you can bet your last dollar they are pandering for votes on an issue they know nothing about.