It’s now time to resuscitate her.

It’s time to bring Parliament back to life.

Conservative MP Cathay Wagantall sponsored Petition e-2629 to help build the political defibrillator required to restart Parliament’s heart, wake her from the government-induced coma she’s in and get our Parliamentary democracy back to work.

“We, the undersigned, citizens of Canada, call upon the Prime Minister to immediately reconvene normal, in-person sittings of the House of Commons and its standing committees, in which all matters of national and international concern can be discussed while respecting public health guidelines.”

We understand why the Prime Minister is dead set against restarting the democratic heart of our country.

Unlike any prime minister in Canadian history, Justin Trudeau has operated without oversight or accountability. He is living every elected politician’s dream – a “basic dictatorship” in function, if not in name.

Since March 13th he’s shovelled hundreds of BILLIONS of dollars of borrowed money out the door with no real explanation of where it’s going or how it will help.

This avalanche of spending came after Justin Trudeau tried to given himself total control of all government finances – with no oversight at all – for almost two full years. When he didn’t get his way, he “settled” for unaccountability for six months instead.

Hardly a win for Canadians.

“Instead [of Parliament] we have its super-duper modern replacement, a pure dream of a government, one without opposition, free to gush money wherever it wishes, in whatever amounts it chooses, to whomever it favours. All executed during what is called a ‘morning briefing.’”

On those rare occasions when Trudeau condescended to recall the House of Commons, he only did so to ram through COVID-19 relief packages – bills so poorly thought out it took the refusal to pass them by opposition parties before the government would agree to fix even the most glaring and obvious problems.

The Liberal minority sets the national agenda each morning at Trudeau’s daily “briefing” sessions. Nobody holds him to account. No reporter dares ask hard questions for fear of being banished from the “approved media” list.

Then it’s back to Governing By Press Conference from the steps of Rideau Hall.

The Prime Minister’s daily performances in front of hand-picked stenographers (for they refuse to function like real reporters) asking pre-approved questions are a national embarrassment.

No, they’re a national disgrace.

More from Rex Murphy, quoting from an imaginary conversation with Justin Trudeau:[ii]

“It takes real leadership to empty the Treasury as fast as we are during a great crisis. Shovelling the loot out in bulk, as we are doing every day, takes real dedication.”

All while our Parliamentary democracy remains shuttered.

There are obvious alternatives to this, including some pretty dramatic historical precedents.

As German bombs fell from the skies onto the city of London, the British Parliament did not cower, run away or hide in pretty little cottages. No, they remained steadfast, kept Parliament in session and dealt with the greatest emergency of their day.

If only this Liberal government had such courage.

Parliament and the elected representatives we send there are the heart of our democracy. The House of Commons is an essential Canadian service.

Help MP Cathay Wagantall build the political defibrillator required to restart Parliament’s heart and, along with it, our democracy.

Please ensure you click the confirmation email for the petition, too, so your voice is heard.

Video: Cathay Wagantall: Our Democracy is Under Attack 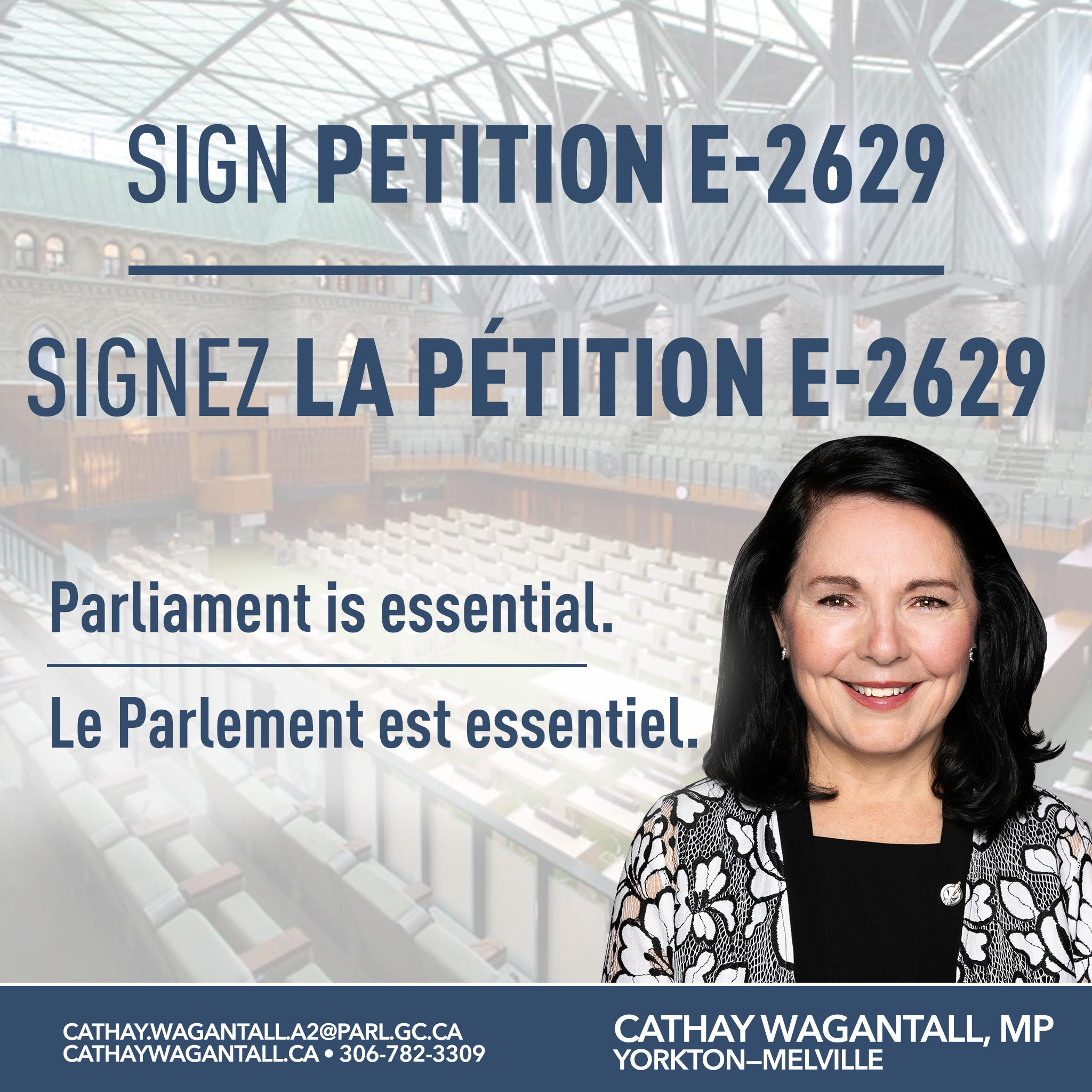