Saskatchewan voters go to the polls on October 26th.

This week CSSA interviewed the Honourable Jeremy Harrison, MLA for Meadow Lake, about the steps the Saskatchewan Party government is taking to protect and defend the rights of Saskatchewan gun owners.

Jeremy Harrison is Minister of Trade and Export Development and Minister of Immigration and Career Training. He is also an avid hunter and firearms enthusiast.

We are grateful to Minister Harrison for taking the time to speak with us.

CSSA: Minister Harrison, what is the primary message you want to get out to gun owners in this election?

Minister Harrison:  I want firearms owners in Saskatchewan to know that the Saskatchewan Party has their back.

CSSA: Sounds like there’s another point you want to make.

Minister Harrison:  Yes, Saskatchewan firearm owners should know the NDP does NOT have their back.

The provincial New Democrats have been all over the map on firearms ownership, but I can tell you their leader, Ryan Miley, has never said a good thing about guns that I’ve ever heard. 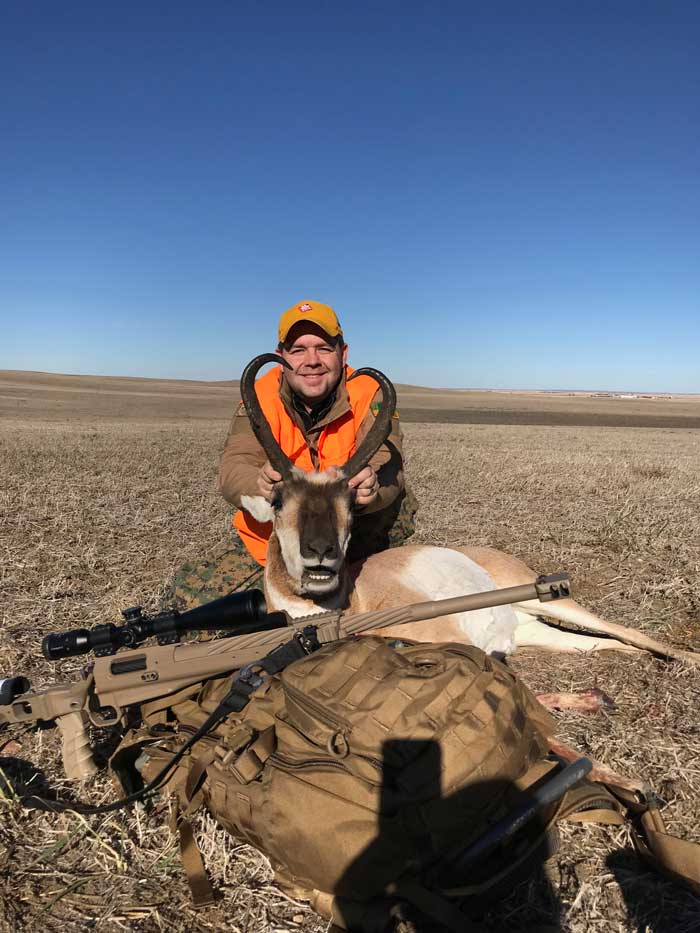 CSSA: You mentioned Cabinet has a lot of experience with firearms. Does that include you?

Minister Harrison: Oh yes, I have a great deal of passion for firearms. I’m a firearms collector, avid target shooter and highly-committed hunter, let me put it that way, so I obviously follow a lot of the discussions around this issue. It’s a deeply personal issue.

CSSA: Where does the Saskatchewan Party stand on the federal government’s gun ban by Order in Council implemented on May 1st?

Minister Harrison: It’s fair to say that we have very serious concerns with regard to the legal propriety of the Order in Council put forward by the federal government.

The Ministry of Justice is doing work on this and I wouldn’t rule it out. (a provincial challenge of the May 12st Order in Council gun ban)

Minister Harrison: We’ve made no secret of our adamant opposition to the arbitrary and outrageous measures taken by the Trudeau government with regard to law-abiding firearms owners. Because of that, our Cabinet made the decision to move forward with a provincially-appointed Chief Firearms Officer who would report to the government of Saskatchewan, not Justin Trudeau.

These now-Prohibited firearms were possessed by lawful firearms owners who followed all the rules, did everything right and yet, because of an arbitrary stroke of a pen by the Trudeau government, were found to be contrary to the law by possessing these firearms.

CSSA: Has your government taken any steps to deal with the federal government’s repeated promise of allowing municipalities to ban handguns?

Minister Harrison: Yes, we did. We put our money where our mouth is.

We put legislation into our Legislative Assembly to disallow municipal governments from passing any municipal measures that would restrict the rights of law-abiding handgun owners.

There is no authority for municipal governments in Saskatchewan to pass bylaw measures on firearms regardless of what the federal government comes forward with.

8 (1.1)  Notwithstanding any other provision of this Act or any other Act or law,     a municipality has no power to pass any new bylaws respecting firearms, unless     otherwise provided for by regulation.

CSSA: Saskatchewan’s scheduled election is taking place right now. Are there any major concerns with campaigning during COVID, such as door knocking?

With respect to COVID, we took a very different approach from other jurisdictions and that’s paid off for Saskatchewan.

We shut down less of our economy than other jurisdictions. That’s a fact.

We were very targeted in how we did things and, because of it, we’ve come through better economically than any other jurisdiction in Canada.

The fact we have much lower COVID case counts than pretty much any other jurisdiction outside of the Atlantic in the country is a reflection of the fact people are following the guidelines.

Roughly 13% of our economic activity was curtailed for a short period of time. Today we’re back to 98% of employment levels pre-COVID. We have the lowest unemployment rate in Canada. I’m actually sitting outside of Cabela’s right now because I need to buy some more ammo, so, you know, and the parking lot is packed. That’s probably a bit different than other jurisdictions, as well.

CSSA: Thank you so much for your time, Minister Harrison. Do you have any final thoughts you want to share with our Saskatchewan members?

Minister Harrison: Our government, our Saskatchewan Party has the backs of law-abiding firearm owners.

That’s something we’re always going to protect and defend.