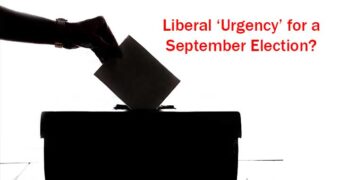 [Version Française] If Justin Trudeau is to be believed (he’s not), his party has no desire for an election today or in the foreseeable future. "Nobody wants an election before the end of this pandemic," Trudeau said. [i] Yet on June 4, 2021, CBC reported[ii] the Liberal Party activated its ‘state of electoral urgency’ clause which allows the Liberals to rewrite the rules for nominating … END_OF_DOCUMENT_TOKEN_TO_BE_REPLACED