Politicians of all stripes love to parade in front of television cameras while making grand (but meaningless) pronouncements. Bill Blair, the former public safety minister, chose to ignore violent criminals in his obsessive pursuit of headlines and press releases touting how he tackled and won the battle over illegal guns. He did nothing of the sort. Just like his predecessor Ralph Goodale, … END_OF_DOCUMENT_TOKEN_TO_BE_REPLACED 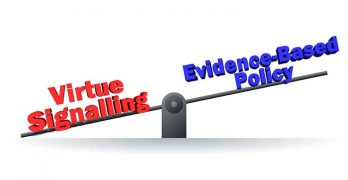 It’s fitting that Justin Trudeau delivered Public Safety Minister Bill Blair’s Mandate Letter on Friday, December 13th.[i] It’s bad luck for gun owners, and bad luck for anyone who believes in evidence-based policy on firearms. “We are committed to evidence-based decision-making that takes into consideration the impacts of policies on all Canadians and fully defends the Canadian Charter of … END_OF_DOCUMENT_TOKEN_TO_BE_REPLACED