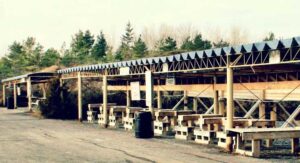 The ninth installment of this successful initiative took place yesterday, June 13th, at the Stittsville Shooting Ranges, courtesy of Linda and Lisa Conley, their wonderful staff and a host of volunteers.

Dozens of members of Parliament (from all parties) and senior staff made the trip to the range to learn more about sport shooting and experience shooting a wide variety of firearms.

For many attendees, it was their first experience with the Canadian firearms community and our culture of safety, and they left the event with a newfound appreciation for our heritage.

It’s also one of the largest non-partisan events on the Hill each year.

“It’s a fantastic way to safely introduce MPs, Senators and Hill staffers to Canadian sport shooting and our amazing culture of safety,” said MP Bob Zimmer, Co-Chair of the Parliamentary Outdoors Caucus. “And for the experienced shooters on the Hill, it renews our commitment to protect and defend our Canadian outdoor heritage.”

Parliamentary Day at the Range was created by the Outdoor Caucus Association of Canada (OCAC) and is operated by Canadian Shooting Sports Association (CSSA), in partnership with the Canadian Sporting Arms and Ammunition Association (CSAAA) and the Parliamentary Outdoors Caucus to educate Members of Parliament, Senators and their staff about lawful firearm ownership and use by experiencing firearms for themselves.

The all-party Parliamentary Outdoor Caucus was founded in 2006 by Garry Breitkreuz, former MP for Yorkton–Melville (SK) and current board member of the CSSA, Larry Bagnall, former Liberal MP for Yukon and Peter Stoffer, NDP member for Sackville–Eastern Shore (NS).

The mission of the Parliamentary Outdoor Caucus is to preserve and promote fishing, hunting, trapping, and shooting sports as acceptable, traditional, environmentally-sustainable outdoor heritage activities with their credo of safety and a conservation ethic.

The Parliamentary Outdoor Caucus works to protect these Canadian values in law, and ensure that traditional outdoor heritage activities remain viable for all Canadians.

Along with OCAC President Phil Morlock, CSSA Executive Director Tony Bernardo is an honorary member of the Parliamentary Outdoor Caucus, the only two individuals to ever receive this honour.

Thank you to our partner in this event, the Canadian Sporting Arms and Ammunition Association (CSAAA), President Wes Winkel and Managing Director Jennifer Leigh Gadbois.

If we missed anyone, we do apologize, but please know we are very grateful for all the assistance given to this huge effort.

Last but not least, we are grateful to the staff and volunteers of Team CSSA – our CSSA directors, regional directors, volunteers, and staff who helped make this event a huge success again this year.

Thanks to Diane, Ken, Bill, Ian, Ed, Stuart, and our event staff, Heather, Sam, and Tony.