Bombshell allegations of political interference into the criminal investigation of the Nova Scotia mass murders were published by the Halifax Examiner on Tuesday.[i]

The resulting explosion forced Bill Blair to defend himself and the Prime Minister from this latest scandal while Justin Trudeau, after testing positive for COVID-19 just a week ago,[ii] flew off to an in-person meeting of Commonwealth nations in Kigali, Rwanda.[iii]

Handwritten notes by Nova Scotia RCMP Supt. Darren Campbell – the “facts and I stand by them” – were released by the Mass Casualty Commission.

Supt. Campbell’s notes quote RCMP Commissioner Brenda Lucki saying she “promised” Bill Blair and Justin Trudeau she would release the makes and models of all guns used by the Nova Scotia mass murderer to advance “pending gun control legislation that would make officers and the public safer.”

If Justin Trudeau, Bill Blair or Brenda Lucki had a shred of integrity amongst them, all three would resign immediately.

That’s the trouble with calling for the resignations of people who don’t comprehend the word “integrity” – let alone possess the character trait it embodies. They do not possess the ability to feel shame nor do they possess the self-awareness to behave honourably.

In fact, they blame everyone but themselves for the political firestorm that now threatens to burn this Liberal government to the ground.

But they face one monumental hurdle in their desperate attempts to control the narrative: Nova Scotia RCMP Supt. Darren Campbell’s handwritten and on-the-record notes before the Mass Casualty Commission.

If Nova Scotia RCMP Supt. Darren Campbell is to be believed (and there is every reason to believe him and none to believe the government) the political interference was immediate and ongoing.

“The Commissioner was obviously upset,” Supt. Darren Campbell wrote. “She did not raise her voice but her choice of words was indicative of her overall dissatisfaction with our work. The Commissioner accused us (me) of disrespecting her by not following her instructions. I was and remain confused over this. The Commissioner said she told Comms to tell us at H Division to include specific info about the firearms used by [the killer]….However I said we couldn’t because to do so would jeopardize ongoing efforts to advance the U.S. side of the case as well as the Canadian components of the investigation. Those are facts and I stand by them.”

“The Commissioner said she had promised the Minister of Public Safety and the Prime Minister’s Office that the RCMP (we) would release this information,” Supt. Darren Campbell’s notes continued. “I tried to explain there was no intent to disrespect anyone however we could not release this information at this time. The Commissioner then said that we didn’t understand, that this was tied to pending gun control legislation that would make officers and the public safer. She was very upset and at one point Deputy Commissioner (Brian) Brennan tried to get things calmed down but that had little effect. Some in the room were reduced to tears and emotional over this belittling reprimand.”

Commissioner Brenda Lucki’s official statement in response to the publication of her subordinate’s notes was simple, if wholly unbelievable.

“I would never take actions or decisions that could jeopardize an investigation. I did not interfere in the ongoing investigations into the largest mass shooting in Canadian history.”[iv]

Commissioner Lucki desperately hopes Canadians will believe the counter-accusation she doesn’t have the courage to say out loud: that Supt. Darren Campbell lied to the Commission.

Will Lucki lay charges against Supt. Campbell to “clear her name”? (Not a chance!)

In the House of Commons, Bill Blair vigorously defended himself, Justin Trudeau and their respective offices, stating that at no point did anyone direct Brenda Lucki to do anything.

“The commissioner of the RCMP has confirmed for the commission that no such direction or pressure was ever exerted by me or by any other member of this government,” Bill Blair said.[v]

Then, to “correctly frame the situation” for poor, ordinary and easily confused Canadians, the government sent Liberal MP Taleeb Noormohamed to CBC News to spout the official party line.

“We are not in the business of scoring cheap political points at the expense of a Canadian tragedy,” Noormohamed assured viewers.

“I cannot imagine a scenario in which, at that time [the immediate aftermath of the murders] there would have been a conversation between the RCMP and political staff about how to capitalize on an ongoing tragedy that was in play in order to fulfil a legislative goal. Nobody works that way…”

If you’ve followed Justin Trudeau’s scandal-ridden Liberal government for more than ten minutes, you probably already believe this is exactly how they operate.

MP Raquel Dancho, public safety critic for the Conservative party, challenged Taleeb Noormohamed to put his money where his mouth is.

“I sit on the [Public Safety] committee with my honourable colleague on this panel. If he feels so confident, I would assume that he would support us bringing forward all of these witnesses to testify so we can learn the truth about this allegation.”

Mr. Noormohamed was less than enthusiastic about the idea.

Isn’t that the lesson of SNC Lavalin and every other Liberal scandal of the past seven years? 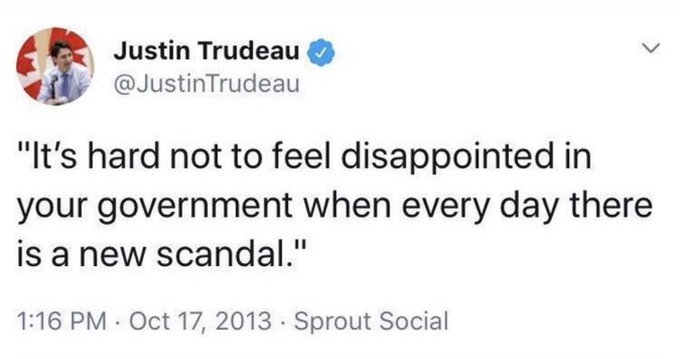